151: This Countdown May Be Wrong

I counted the days one day when I was drinking. I should do a recount one of these days.

No running today. It's okay though. I got this. I did eat at Wendys though. That's not good haha. I also tried their strawberry shake concoction. Not good. Very not good.

Thinking about my cat a lot. Hope she's okay.

Finally got to see MiB3. My dear friend Lisa enjoyed it, but I couldn't stand it.

What happened to the fun sci-fi franchise I loved as a kid? Here's what I wrote to my buddy about it:

Not good. There were some scenes that didnt even make sense. Why were they showing people sitting on their couches drinking coffee watching the shuttle launch? Beyond the gag that all this tension is happening and these white people are oblivious to it I don't get it.

So, Tommy Lee Jones was sad this entire time because he had this secret from Will Smith that he didn't save his father's life? Now that that burdon is off his shoulders he listens to Jay-Z? I don't understand!

K and O are still not together? Like, what?

Also, Will Smith could have just waited atop the Chrysler Building and killed that guy as soon as he arrived in 1969. The End.

Unlike the 1st two movies where they end with a nice little mind fuck of how small this universe is they just end the movie in a boring fashion.

The out of time character is basically a walking-talking writers room. He's just throwing ideas out there waiting for one to stick.

The Mets stuff was great.

Jogging 5k is getting easier and easier. Maybe it's because I have some great music or I'm still pumped from the Santana no-no buy I was flying.

I spent a lot of time thinking about this surgery I'm getting at the end of the month. I'm excited at the prospect of breathing better. I think it will help me running immensely. Even if it's a little bit it'll be worth it. As my doctor tells me my septum is deviated to the left in the front and to the right in the back. How do I not snore at night? 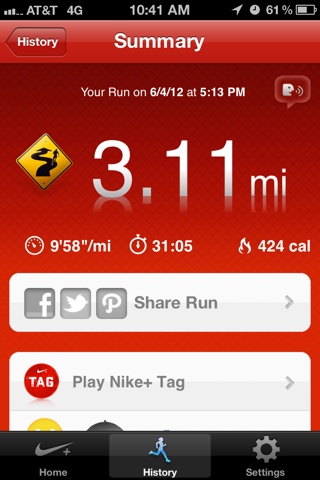 This shuttle didn't leave the earths atmosphere, but it's still a sight to behold. The large Bay Ridge crowd actually clapped as the shuttle passed under the Verrazano-Narrows Bridge.

Eye rolling aside it was a lot of fun to see the shuttle on a barge under the bridge That has been my constant through my life. 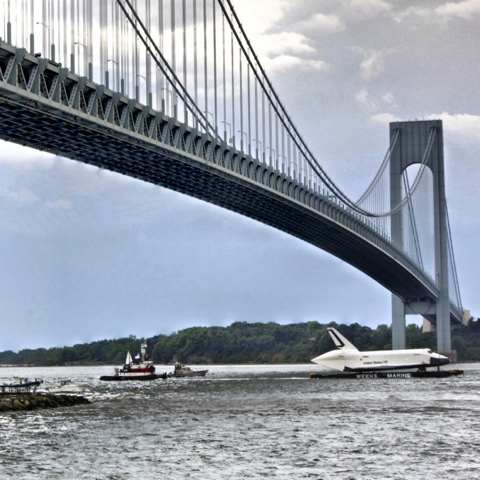 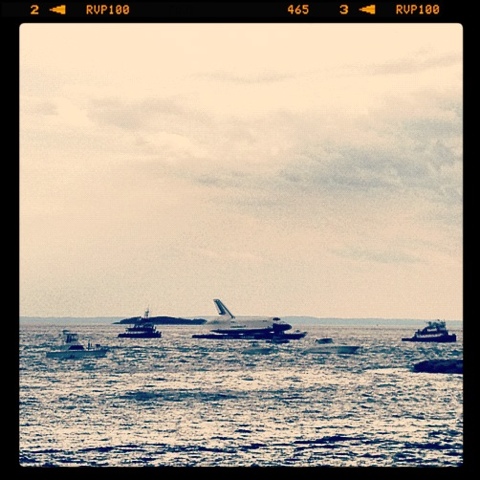 155:The Kids Are Alright

Babysat my nephews today. Babysitting on the weekend is a totally different animal than babysitting on weekdays. On the weekends they're allowed to watch tv and play on my phone. Thank god for that. "Playing" with them equates to me putting them upside down and chase the other one around the apartment. It's exhausting. I honestly don't know how parents do this all day every day.

This day was a bit different. All they wanted to do was play on my phone and watch the Penguins of Madagascar. Good show by the way. They ate dinner at the dinner table (chicken fingers) an were perfectly well behaved. If I were a parent I'd let my kids watch tv all the time. TV seems to calm them down. I grew up on television and I turned out okay. How bad could it really be? In fact, I'd say these kids need more tv in their lives. When the tv is on they act like zombies. They can only focus on the screen. It's borderline unhealthy. How can these two live in the real world when there are televisions on all the damn time? I'm a little concerned for them, but they're alright.
Posted by an·noy·ing co·work·er at 6:15 AM No comments:

The Mets have played 8,019 games without throwing a no-hitter. Tonight Johan Santana willed his way to the franchises first and I got to see it all from start to finish.

Originally the interest of this game was Carlos Beltrans first game back in Queens since being traded away last season. That narrative quickly changed. I've been aware of the Mets lack of a no hitter for quite some tile. I've watched in the stands as John Maine and Al Leiter flirted with the idea. Never coming within 3 outs of it. I resigned myself to the fact that the Mets would never throw a no-no. It was just part of our charm. That elusive dream forever beyond our reach.

It took Johan Santana 134 pitches to complete our first no-hitter. 134. That's am impossible number for a player coming off of shoulder surgery.

I always dreamed of this day and now that it's here I'm paralyzed. I have no idea how to act or feel. It is only one game. One W in a 162 game season but somehow it all feels different. We exercised a century old demon. We can do anything. This team can do anything.

My intention when I woke up today wa to get a personal trainer after work. However when I got to work I found out our hours are getting cut one day every week during the summer. That's no good. I got them to cut it to one day every other week but still that's a lot of money to be losing. Just when I thought I was getting ahead and make some savings this goes and happens

Anyway, my dreams of a personal trainer are dashed for now. Not only that I'm pretty depressed about the whole thing. I haven't been in the mood to work out. The only thing I've. Even able to do is work on my resume.
Posted by an·noy·ing co·work·er at 7:15 PM No comments: